Like our work? Arrange a meeting with us at our office, We'll be happy to work with you!

We are always looking for new talents and we were expecting you. Time to apply, buddy!

I got lots of greetings today (and sent a lot out myself) on occasion of the international women’s day.

The value of being reminded and inspired

One could argue that it’s sad that we need a day to remind ourselves that we haven’t achieved gender equality, yet. Or one could say that this kind of messages back and forth is a waste of time; every day there’s something to remember, celebrate or mourn about.  And I wouldn’t disagree: Every day we should celebrate women, men, childen, our planet earth… However, I’m also convinced that those occasions that remind us of who we are and where our potential and responsibilities lie are very valuable.

The international women’s day, for example, reminds me that we’ve already gone quite a few steps towards gender equality (the awareness increased globally that there are more men then women in decision maker positions and that this should change; in Germany, we therefore introduced the “Frauenquote” some years ago). AND it reminds me that there’s still some way to go in order to reach real equality in many more dimensions and regions.

Please don’t get me wrong: this is not about women against men, “either them or us, so let’s fight, ladies!”; it’s rather about the perspective of both-and. There are masculine qualities that have brought us far. Indeed, the focus on qualities like focus-orientation, clear goals and hierarchy has served us widely to get where we are now. And then there are feminine qualities that – in my eyes – are getting more and more attention now because we realise that they are important.

What do I mean with “feminine qualities”? – For example, the idea that we need to include everyone affected by a decision into the decision making process and its implementation; that top-down can only be effective if you accompany it by a bottom-up process. A more feminine approach has also to do with the idea of less hierarchy and more self-organized sub-entities that are bundled in living, empowered networks within companies. That goes along with less control and more trust in the system and process. And last but not least, the inclusion of the feminine aspect means to not only let the head speak, but also the heart.

In short, I would conclude that if we allow us – men and women –, and all stakeholders to contribute their part, include many more aspects in our decision-making process and let the soft side of us play its part, too, I’m sure we’ll come a bit closer to a more holistic and thereby more sustainable way of working and living. Wouldn’t that be something we want for now and in our future?

In this realm: happy international women’s day, everyone! 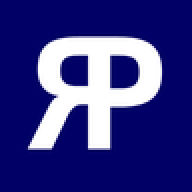 Join the discussion and tell us your opinion.

I’m not that much of a internet reader to be honest but your sites really nice, keep it up! I’ll go ahead and bookmark your site to come back later on. All the best

Thanks a lot Sirglio frei for your appreciation and your comments. Great that you could get something for yourself out of my blog post. Keep up the good work!